The annual Birnstiel Award was introduced in 2019 to celebrate outstanding achievements by doctoral students in molecular life sciences. This year, more than 100 research institutions world-wide followed the call to nominate their best PhD students. From this large pool of talented early career scientists, only six awardees were selected.

Birnstiel Award
The announcement by the Max Birnstiel Foundation and the Research Institute of Molecular Pathology in Vienna came as a big surprise for Sanne. “It is truly amazing for a young scientists like myself, and I feel especially honored that our research achievements have earned such international recognition and praise. Of course, it is very important to note that it wasn’t just me who did all of the research - a very large team of scientists actually made these accomplishments possible.”

Supercompetition
Sponsored by the Diamond Program of Oncology Graduate School Amsterdam, Sanne’s research has helped reveal new insights into the competition between normal and mutant intestinal stem cells, and how this drives the onset of colorectal cancer.

The data obtained by Sanne and her co-workers were recently published in the top scientific journal Nature. “Our experiments revealed that mutant intestinal stem cells actively disadvantage their healthy neighbors. This mechanism is a new form of competition between body cells that had not been described in the mammalian intestine before. It is called supercompetition.” With this new knowledge, Sanne and her co-workers reasoned that it may be possible to increase the competitiveness of normal intestinal stem cells using lithium medication, rather than inhibiting mutant cells. In pre-clinical models they established that lithium treatment reduced the competitive advantage of Apc-mutant stem cells and significantly inhibited adenoma formation. “We were able to start a clinical trial to explore the chemopreventive potential of lithium for patients with germline mutations in the APC gene with support of the Dutch Cancer Society.”

Future focus on cell competition in cancer
Early December, Sanne will travel to Vienna to accept the Birnstiel award during a festive event. She will receive a certificate, a trophy, and a prize of € 2000. Sanne aims to defend her PhD thesis sometime in the summer of 2022.  After that? “I want to continue investigating the role of cell competition in cancer. I am in touch with several international labs and want to do a post doctorate abroad. But, I haven’t made a final decision yet.” Stay tuned for more from this talented young researcher. 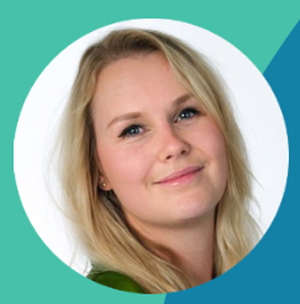