Local injection of immunotherapy for patients with early-stage melanoma

Local injection against skin cancer may offer a safe and promising treatment strategy for patients with early-stage melanoma.

Locally administered cancer immunotherapy may offer a safe and effective treatment for early-stage melanoma patients, without the severe inflammatory side effects often seen with systemic immunotherapy. This was discovered by tumour immunologist Tanja de Gruijl and medical oncologist Fons van den Eertwegh, who published their results in the leading journal Science Immunology.

Over the past decade, immunotherapy has revolutionized the way we treat cancer. Immunotherapy puts the body's own immune system to work to destroy cancerous cells. Often, the drugs for this therapy are administered systemically (via an intravenous drip), so that they reach the entire body via the blood. This method of administration is particularly suitable for tumours that have metastasized or resisted standard therapies such as radio- and chemotherapy.

Unfortunately, immunotherapy can cause undesirable side effects ranging from mild to even life-threatening in some patients. The risk of these autoimmune-related side effects has precluded its application in patients with early-stage melanoma so far. Therefore, Tanja de Gruijl, Professor of Translational Tumour Immunology and head of the Immunotherapy Lab, and Fons van den Eertwegh, Professor of Medical Oncology, and their team set out to investigate if local administration of immunotherapy could help these patients.

Before we start explaining the new treatment method of de Gruijl and van den Eertwegh, de Gruijl first gives a little background information about how our immune system works: "Looking at the immune system, it is almost always triggered locally (e.g. by a local viral infection), then it provides systemic protection by inducing specific T-cells to circulate in the blood in response and reach all parts of the body. Crucial to this process are the lymph nodes: this is where the T cells first come into contact with the antigenic protein to which they are activated.”

Because of this process, tumour immunologist Tanja de Gruijl and medical oncologist Fons van den Eertwegh soon realised a new way of treatment was also possible. Namely, that by administering immune checkpoint inhibitors (antibodies) locally at a lower dose, specifically aimed at tumour-draining lymph nodes, the same or even improved systemic anti-tumour activity could be achieved without the risk of autoimmunity when using an intravenous drip. To demonstrate this principle, they joined forces and a Phase I clinical trial was conducted in patients with early-stage melanoma, the most aggressive form of skin cancer, who already had the primary tumour removed before diagnosis, and who were scheduled to undergo a sentinel node procedure. With this Phase I clinical trial they wanted to investigate if this potential treatment would be safe and effective (NCT04274816).

Local injection with antibody against the immune-inhibiting protein CTLA-4

In their clinical trial, De Gruijl and Van den Eertwegh investigated what happened when a drug against skin cancer (i.e. an antibody against the immune-inhibiting protein CTLA-4) is injected at the place where the skin tumour used to be.

In this group of patients, the first tumour draining lymph node (the sentinel lymph node) is identified and removed to be examined by the pathologist for (micro) metastases. If these are found, it means a significantly worse prognosis for the patient. In these patients, 13 in total, increasing low doses (2-20 mg) of a blocking antibody against the immune inhibiting protein CTLA-4 were injected locally at the site of the excised primary skin tumour. This administration specifically targets the lymph nodes that help clear tumours. The injection locally triggers an immune reaction against the tumour. This immune response can then protect other (distant) sites against metastases.

Subsequently, the sentinel node and the blood were examined for anti-melanoma immunity. The results were striking, showing a profound and lasting effect on immune-suppressive T cells (the so-called active regulatory T cells), which decreased significantly in frequency both in the sentinel node and in the blood. At the same time, anti-melanoma T cells were activated and increased in frequency in the blood. This was accompanied by the induction of a so-called memory T cell response.

This study thus demonstrated for the first time in patients that a single dose of locally administered anti-CTLA-4, selectively aimed at the conditioning of tumour-draining nodes, can be effective with the same or even greater systemic immunological effects than previously described with systemic administration. The side effects are fewer and the drug works better. As a result, one injection is sufficient, whereas in standard immunotherapy an intravenous drip has to be administered four times. The dose can also be much lower than when administered via an intravenous drip. As a result, there is less medication in the blood, which also results in fewer autoimmune-related side effects. Finally, a single injection is much cheaper than four times an intravenous treatment.

This study is paving the way for further clinical trials aimed at local administration of checkpoint inhibitors to modulate tumour-draining lymph nodes, particularly in the neoadjuvant (pre-operative) setting. The drastically reduced risk of side effects now also allows anti-CTLA-4 to be combined more with other cancer therapies to increase efficacy.

Although these early results are promising, the authors call for caution as more research is required to validate the new treatment “in view of the small numbers of patients enrolled in this phase 1 trial and the absence of randomized placebo controls”. 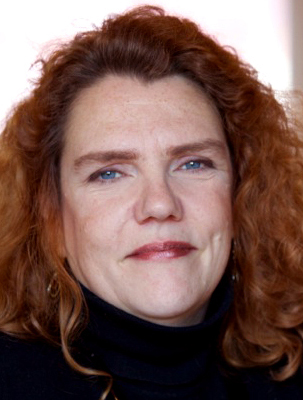 "Immunotherapy by injection has been shown to be safe and to have the same or even better effects on tumour defence than administration by IV. Follow-up studies will have to show whether these effects in patients translate into equally (or possible even more) effective protection against tumour metastasis than can be achieved through administration of a higher dose via an intravenous drip."
Tanja de Gruijl
Professor of Translational Tumour Immunology and headof the Immunotherapy Lab

Read our other articles about cancer research: