Monkeypox virus detected in a child in Amsterdam: 'We don't know how he got infected'

Of the more than seven hundred infections with the monkeypox virus in the Netherlands, about 60 per cent have been identified in Amsterdam. This also applies to the only infected child. 'Infection through sexual contact has been ruled out, but we don't know how the boy did become infected,' says doctor-microbiologist Matthijs Welkers of Amsterdam UMC. This article was previously published in Dutch in het Parool.

It concerns a boy under the age of 10, according to a scientific article in Eurosurveillance, a publication of the European Centre for Disease Prevention and Control (ECDC). He came to Amsterdam UMC at the end of the June with 20 blisters, all over his body including two in the face - but none near the genitals. At first, the general practitioner did not think of monkeypox. A treatment for impetigo did not help, so the boy was sent to the hospital with suspected monkey pox.

Together with paediatricians from Amsterdam UMC, Welkers looked after the boy, who was only slightly ill. The big question was how he did become infected. Transmission through sexual contact was excluded after consultation with the parents and careful examination for other STIs. ‘In his immediate family members, monkeypox has been ruled out. We do not know how the boy became infected,’ says Welkers. ‘Perhaps through virus particles in the air, contaminated surfaces or shared objects such as a towel. But there are no strong indications of a specific transmission route.’

The main conclusion of the case study is that children can be infected via a non-sexual route, says Welkers. An interesting detail is that the boy appeared to have a relatively common immune disorder - an immunoglobulin A antibody deficiency. ‘That could possibly explain why the parents and two other children in the family did not become infected, and this boy did,’ Welkers said. What was reassuring was that the boy hardly got sick and suffered little from the infection. "He suffered most from having to stay at home. He was especially eager to go back to school," said Welkers. 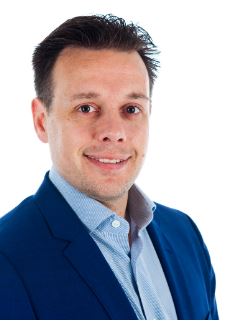 We need to be aware that children can become infected with monkeypox via a non-sexual route.
Matthijs Welkers
Doctor-microbiologist

Another reassurance was that the boy probably did not infect anyone else. Checks among classmates and children at the sports club revealed no new infections.

Throughout Europe, monkeypox has been detected in a few children since the virus resurfaced in May, and they did not transmit the infection to their peers on a large scale either. In that sense, this virus differs significantly from, for example, the coronavirus.

That monkeypox occurs in Amsterdam and the Netherlands and how the virus presents itself is important knowledge for general practitioners and other medical personnel, says Welkers. ‘The presentation sometimes strongly resembles chicken pox, which also causes blisters, but monkeypox requires a different treatment. Among other things, it is important that high-risk contacts are offered a vaccination immediately.’

According to scientific literature, 4 to 11 percent of children die from an infection with the monkey pox virus. According to Welkers, however, that percentage will be much lower now, because the literature is based on the outbreaks in Africa at the end of the last century. ‘In my opinion, the figures are not very comparable, because it was not clear at that time exactly how many children were infected. Also, medical science has improved a lot since then, so I expect the death rate to be lower in reality.’

The monkeypox-virus has reached the Netherlands: what do we know about this virus? (May 2022)