Obsessive-compulsive disorder (OCD) is a psychiatric disorder that is characterized by the presence of obsessions and/or compulsions, which can include recurrent and persistent thoughts, urges, or impulses that are experienced, repetitive behaviors and mental acts. Researchers of Amsterdam Neuroscience, including Egill Axfjord Fridgeirsson, Guido van Wingen and Damiaan Denys, studied the impact of deep brain stimulation in OCD patients and published an article in Brain on the functional connectivity and changes in mood.

Deep brain stimulation (DBS) is an emerging treatment option for patients who do not respond sufficiently to other treatments. For those patients, DBS has a ∼60% responder rate. It is shown that DBS of the ventral anterior limb of the internal capsule rapidly improves negative mood and anxiety. To understand these rapid effects, we studied functional interactions within the affective amygdala circuit. Axfjord Fridgeirsson et al. compared resting state functional MRI data during chronic stimulation versus 1 week of stimulation discontinuation in patients, and obtained two resting state scans from matched healthy volunteers to account for test-retest effects. Imaging data were analyzed using functional connectivity analysis and dynamic causal modelling. This data shows them that the improvement in mood and anxiety following DBS was associated with reduced amygdala-insula functional connectivity. Directional connectivity analysis revealed that DBS increased the impact of the ventromedial prefrontal cortex on the amygdala, and decreased the impact of the amygdala on the insula. These results highlight the importance of the amygdala circuit in the pathophysiology of OCD, and suggest a neural systems model through which negative mood and anxiety are modulated by stimulation of the ventral anterior limb of the internal capsule for obsessive-compulsive disorder and possibly other psychiatric disorders. 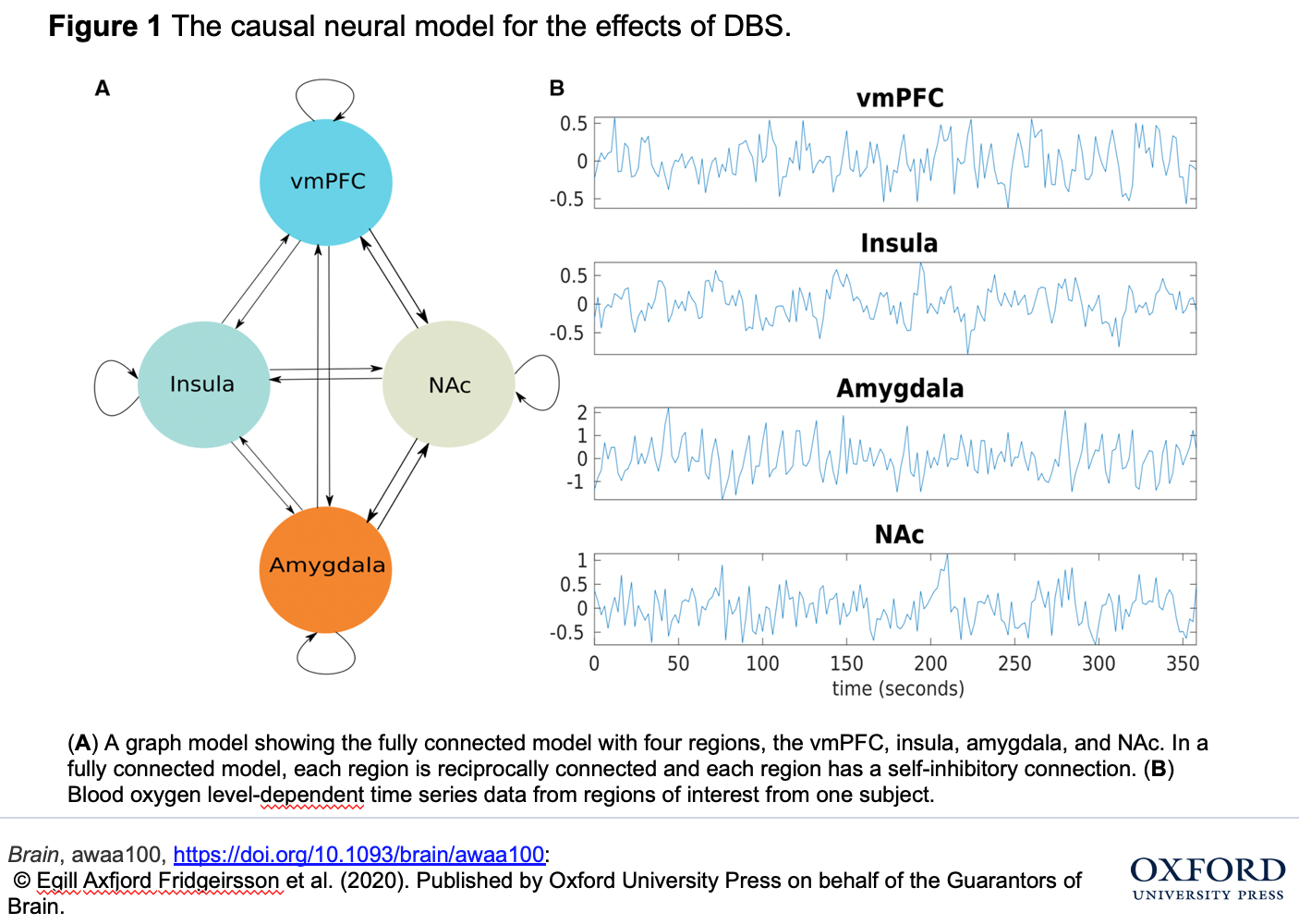