Over the last years I have established my own research line focusing on the development and progression of pulmonary fibrosis in Interstitial Lung Diseases (ILDs) of which Idiopathic Pulmonary Fibrosis (IPF) is the most common entity. I’m an expert on the biology of pulmonary fibrosis and the underlying mechanisms with a focus on the role of fibroblasts and alveolar type II cells. In my current position within the Pulmonology department I’m responsible for the basic and translational research on pulmonary fibrosis in the ILD field and for the education of medical doctors that are in training for pulmonologist on this topic (research orientated).

During my PhD I gained interest in pulmonary fibrosis and I have investigated the role of proteases and protease-activated receptors in the development of pulmonary fibrosis extensively which has resulted in several publications that also served as chapters in my thesis. After my PhD I became an independent researcher and have worked for three years in the lab of prof. dr. Crestani, a well-known scientist within the IPF field, in Paris for which I obtained personal fellowships from the Dutch Lung foundation and the European Respiratory Society (ERS). In this period I’ve build-up my expertise and knowledge on the clinical aspects of pulmonary fibrosis in order to become a better translational scientist. Next, I was able to be involved in several research projects that were published in peer-reviewed journals. Moreover, I obtained preliminary data for my Veni project which was awarded towards the end of my ERS fellowship which allowed me to move back to Amsterdam.

At the AMC I have continued the research on pulmonary fibrosis in ILDs focusing on the role of MMP-1 and DNA methylation in pulmonary fibrosis. Moreover I’ve set up a research project in close collaboration with the clinicians in which we aim to identify progressive pulmonary fibrosis as early as possible. The work on the DNA methylation project was performed by a PhD student (Wanhai Qin) within the Center for Experimental and Molecular Medicine. The first paper on this topic has recently been published with me as the senior (last) author and the second paper is in preparation. Also other recent publications within the field (including an invited editorial in the ERJ) on which I’m the last author show that I have grown towards my own research line and a senior research position.

Early after the start of the COVID-19 pandemic, patients with permanent fibrotic injury post SARS-CoV-2 infection were reported. Based on these reports I have initiated a study that aims to find early markers that predict whether a patient is at risk for the development of permanent fibrotic injury upon infection and to distinguish this fibro-proliferative phenotype within COVID-19 ARDS in general. This has also led to a collaboration with Dr. Lieuwe Bos who has a research interest in the identification of different ARDS phenotypes and I have become co-supervisor of one of his PhD candidates that investigates biomarkers for the identification of different phenotypes within ARDS, including COVID-19 ARDS. Besides my own research I’m also involved in several collaborations for which my expertise on pulmonary fibrosis is a valuable addition. Amongst others, these projects are on the role of macrophages in ANCA-vasculitis with pulmonary involvement (Yosta Vegting and Dr. Marc Hilhorst, Nephrology department Amsterdam UMC), new imaging of ILD patients using Third Harmonic Generation microscopy (Laura van Huizen and prof. dr. Marloes Groot, Biophotonics and Medical Imaging, VU Amsterdam),  early detection of pulmonary fibrosis in scleroderma patients (Bo Broens and Alexandre Voskuijl, Rheumatology department, Amsterdam UMC). 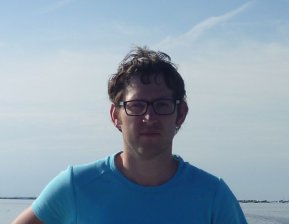