This year, the 7th Annual Meeting of Amsterdam Neuroscience will be back at the Johan Cruijff ArenA, providing our researchers a live event with face-to-face meetings. It’s time to bring the neuroscientists and clinicians of Amsterdam UMC, Vrije Universiteit Amsterdam and University of Amsterdam together again. Save the date: October 7, 2022 and mark it in your calendar.

The science of individuality

While humans are 99.9 percent identical in their genetic makeup, every person is unique. This year’s theme is all about unraveling individual differences, trying to help us better understand the human brain and nervous system in both health and disease. It is a prospective approach to achieve optimal individual health decisions. But how far are we in the research field of individuality? How do researchers give individual differences priority in their studies? What does it imply in the clinical perspective? And what does the future look like?

We will welcome you in the morning with a cup of coffee and give you some time to catch up with fellow neuroscientists.
Introduction and welcome by directors Arjen Brussaard, Guus Smit, Yolande Pijnenburg and Marten Smidt. 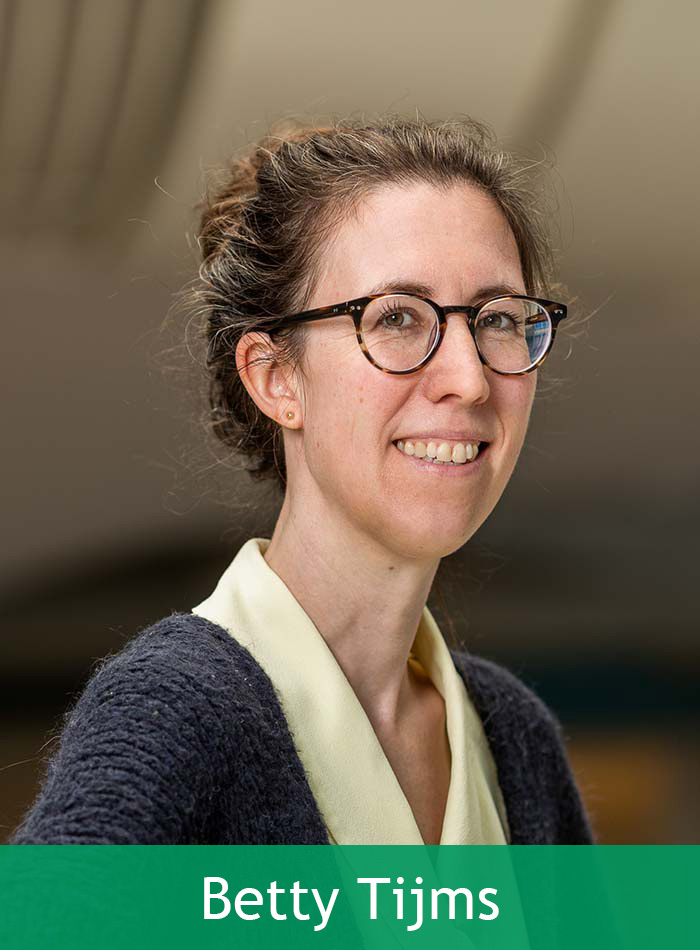 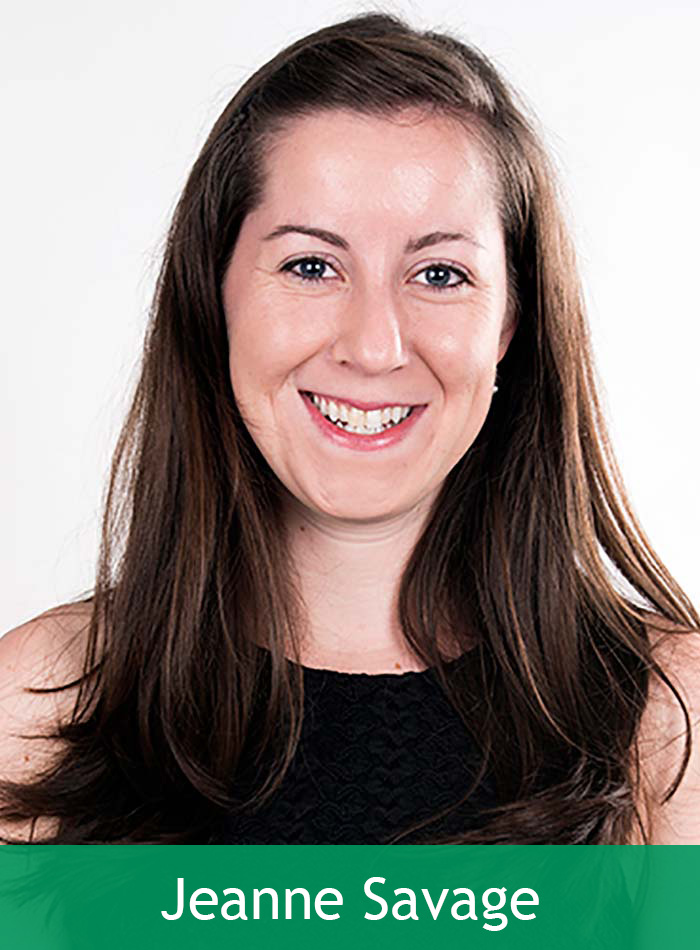 Quantitative EEG for an undogmatic approach to neurodevelopmental disorders.
Neurodevelopmental disorders (NDD) are a group of complex disorders involving neural system dysfunctions. A key element in their pathophysiology is the maldevelopment of spontaneous brain activity, which relies on a dynamic balance between excitation and inhibition to subserve the quality of information processing. Resting-state EEG (rsEEG) can be used as a measure to capture and characterize the quality of spontaneous brain activity and E/I balance, making rsEEG an ideal tool for physiological based triage and personalized treatment strategies.

In the N=You center we focus on the implementation of computational based rsEEG algorithms to quantify spontaneous mass brain activity including functional measures of E/I balance relying on the physics concept of self-organizing criticality. Based on these markers, N = 1 or individual based treatment hypotheses can be formalized and potentially monitored. To implement this framework, we present the roadmap towards a designated clinical lab for neurophysiology for pediatric precision treatments.

Molecular subtypes in Alzheimer's disease.
Alzheimer’s disease is the most common cause of dementia. It is pathologically defined by amyloid plaques and tau tangles in the brain. However, the underlying pathophysiology of Alzheimer’s disease is complex and differs greatly between patients, hampering the search for a cure. Using cerebrospinal fluid proteomics, we have discovered that 5 subtypes of Alzheimer’s disease exist, showing distinct underlying molecular processes. I will report our findings, and demonstrate why these results underline the necessity of developing personalized treatments.

How genes and environments shape individual differences in alcohol misuse.

Grab a coffee and a muffin and get ready for the story slam presentations. 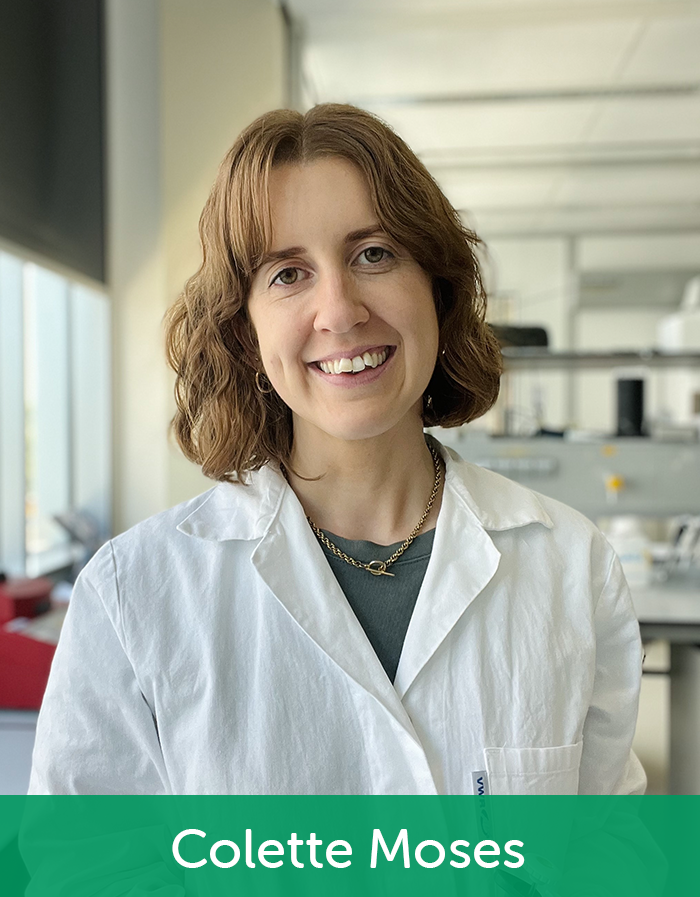 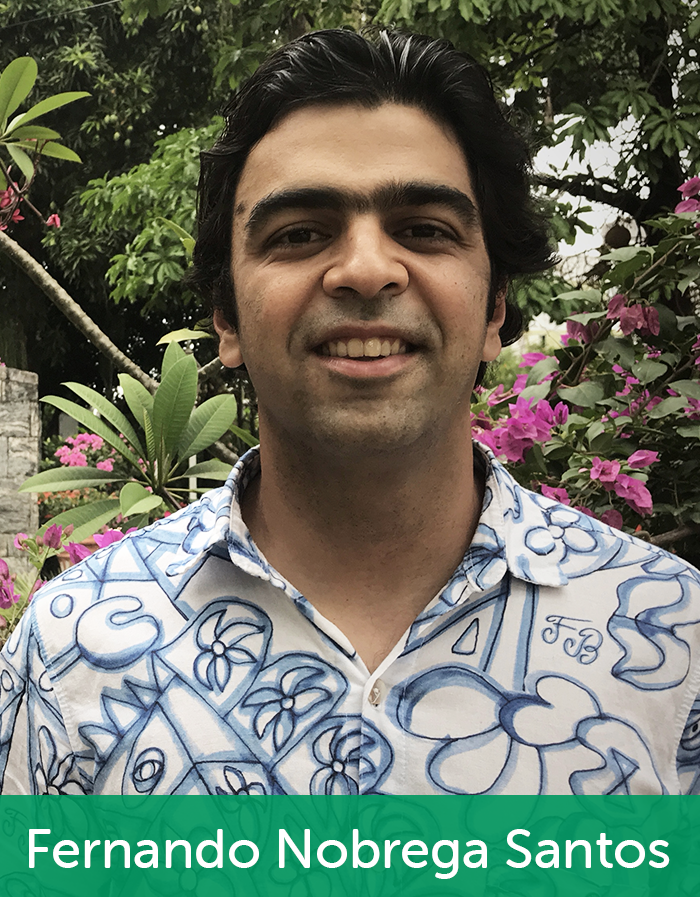 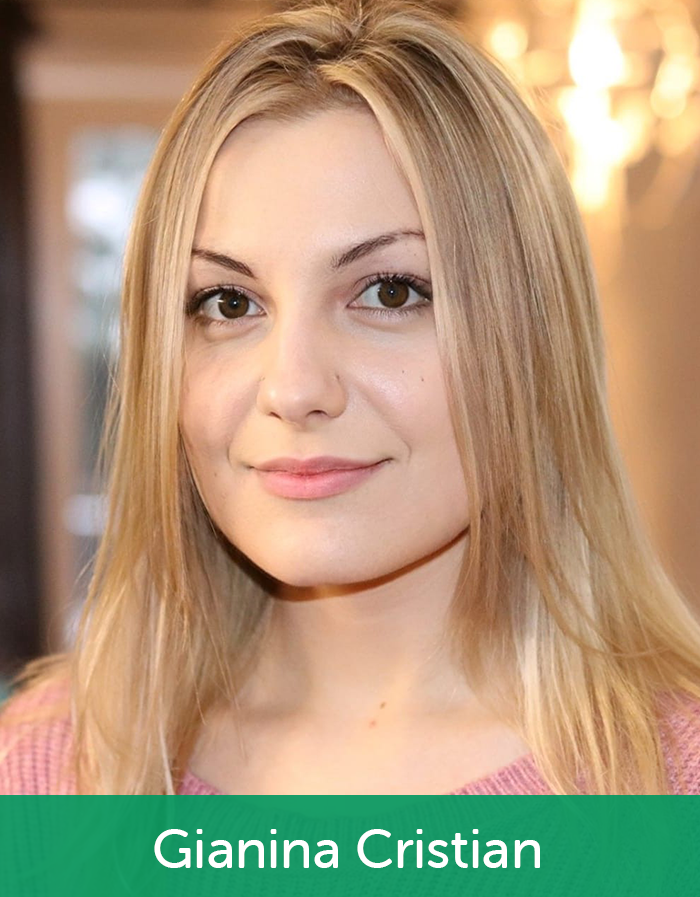 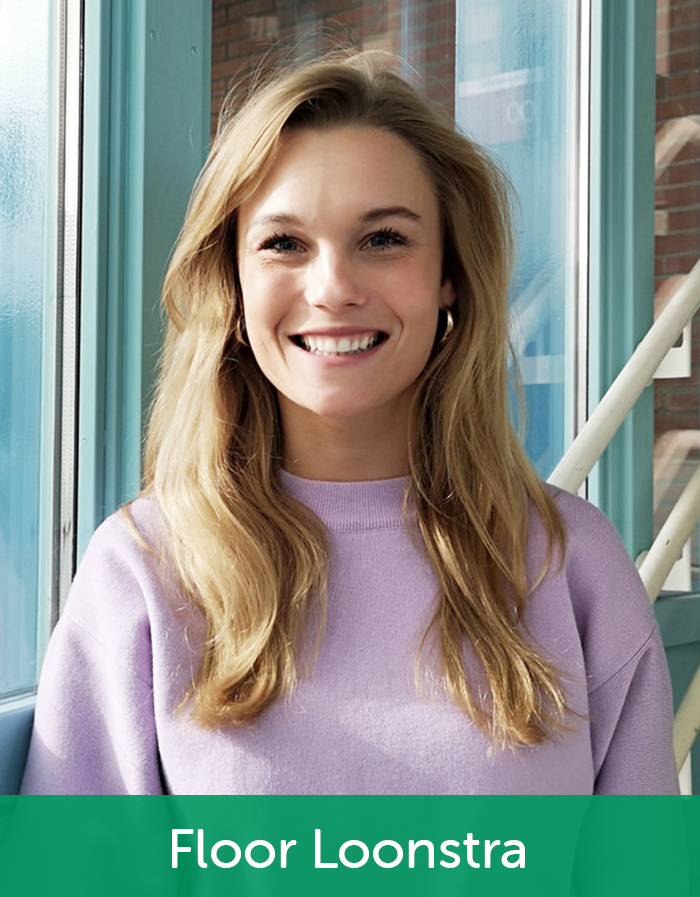 Human-specific duplicated genes, individual variation and neurodegenerative disease risk
The human neocortex underwent a dramatic expansion during recent evolution, occurring at the same time as rapid acquisition of novel, human-specific (HS) genetic material in many regions of the human genome via segmental duplications. Several highly duplicated genome regions contain HS genes that may serve critical neurological functions. However, their repetitive nature also makes them prone to genetic recombination, and deletions and duplications at these loci have been linked to neurodevelopmental disorders. I will discuss the gene duplication events that occurred in one particular region of our genome, and how structural variation between individuals at this locus affects our predisposition to developmental disorders and neurodegenerative diseases. This work has the potential to provide clues towards future clinical interventions for these serious conditions.

Research Associate at the Multiscale Division of the Department of Anatomy and Neurosciences at VUmc, and Research Fellow at the Institute for Advanced Studies at UvA

Emergence of High Order Hubs in the Human Connectome
In this work, we propose a multivariate signal processing pipeline for building high-order networks -beyond pairwise connectivity - from resting state fMRI signals and explore the consequences for our understanding of the human brain. We investigated high-order hubs in the human brain by searching for three-point interactions. We found that well-known integration and segregation patterns emerged spontaneously from the high-order hubs and can be considered emergent high-order properties of functional brain networks. For instance, one of the high order hubs is consistent with the sensory-motor system and emerges as correlate of gate speed in healthy controls. We believe that our work introduces a promising heuristic route for hyper-graph representation of high-order brain activity and opens exciting avenues for further research in network neuroscience.

Machine Learning and Network Integration of Clinical, Cognitive and EEG Autism Spectrum Disorder Characteristics for Personalized Clinical Decision
The poorly understood etiologies of Autism Spectrum Disorder (ASD), due to heterogeneity in clinical presentation, render to this day uncertain findings on pharmacological interventions. This prompts a mechanistic understanding of what drives clinical response, through a better integration of biological and clinical measures.ASD and epilepsy strongly overlap, with the latter characterized by a disruption in the excitation-inhibition balance in the brain, which is thought to in part characterize ASD. This disruption can in theory be corrected through chloride-acting drugs such as bumetanide. We are currently able to quantify excitation-inhibition balance non-invasively, in silico using resting-state electroencephalography (EEG).

In the first ASD study employing EEG translationally, we showed that Bumetanide, a chloride-acting drug, by contrast to placebo, significantly impacted resting-state EEG signals and excitation-inhibition balance in autistic children. We also showed that this physiological effect may have a clinical translation: 1. The intervention significantly improved (repetitive) behavioral scores after 90 days. 2. there was a significant association, in the most responsive patient subsets, between intervention-induced changes in brain activity, as captured by EEG and (repetitive) behavioral scores improvement. 3. using Machine Learning, we could predict, using EEG and clinical measures, repetitive behavioral improvement with an 80% - 92% average accuracy. Signal characteristics such as excitation-inhibition balance and absolute power in the parietal and central parietal regions, together with clinical severity, best informed a favourable clinical outcome.

Check out the poster market while enjoying a vegetarian lunch.

Individuality in psychiatry: from the patient perspective to the future with artificial intelligence, led by Guido van Wingen and Christiaan Vinkers

Guest speakers at this session are: Nikolaos Koutsouleris, Mark Hoogendoorn and a representative of the field: Bart Groeneweg. 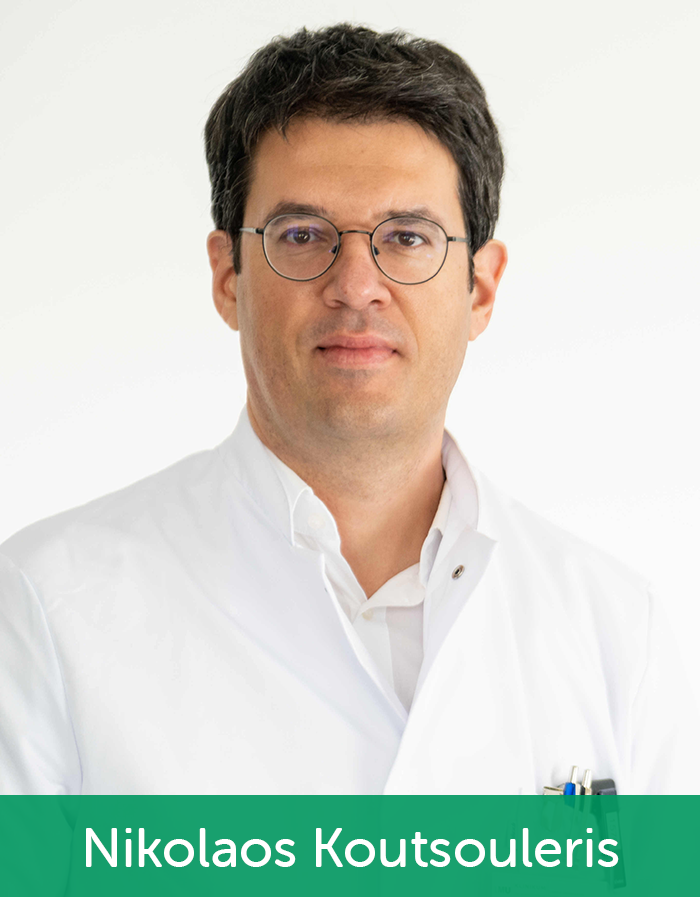 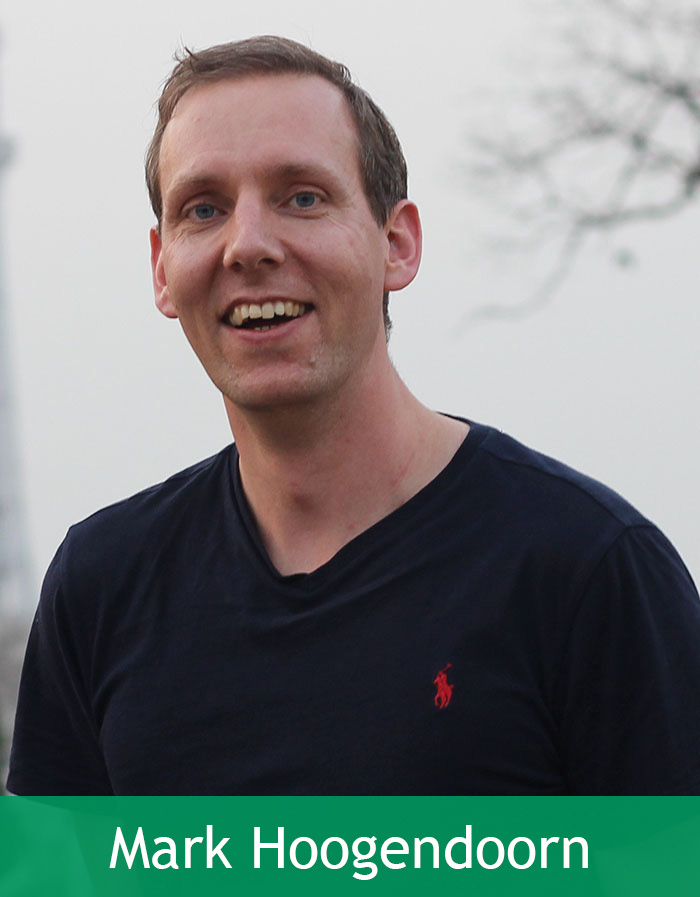 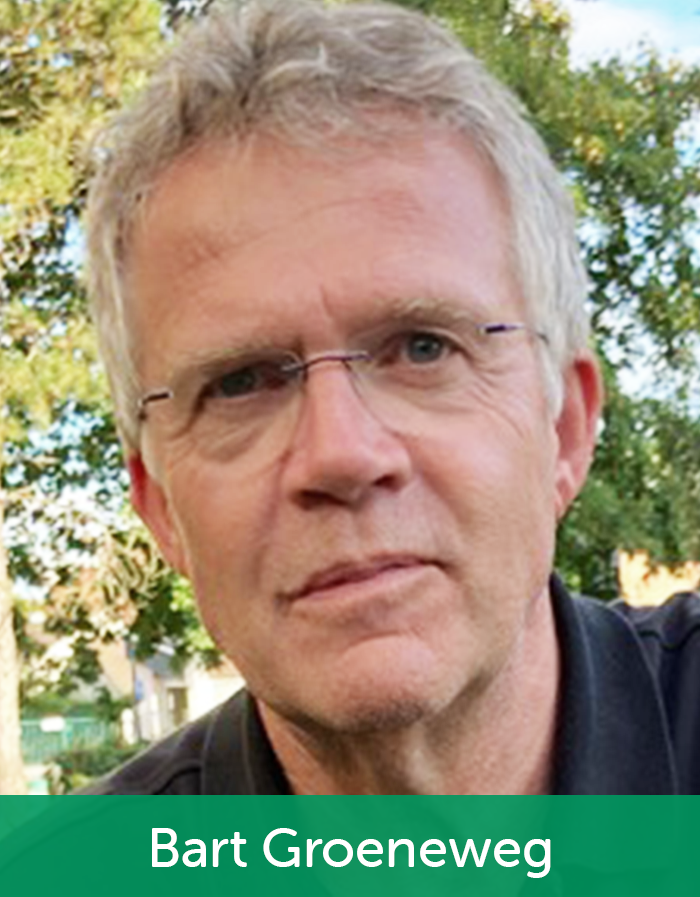 Q&A with an experience expert, former board member of Depression Association (This part of the program is in Dutch)

Can algorithms help clinicians and patients? An overview of the state-of-play in the development of precision psychiatry.

Using Artificial Intelligence to Personalized Treatments in Psychiatry
Nowadays, more and more data is being collected around patients suffering from mental health problems. This wealth of data opens up new opportunities to better personalize treatments for patients. Techniques from the domain of Artificial Intelligence(AI) can help in exploiting the available data to establish this personalization. In this presentation, I will provide an overview of the opportunities of AI for Psychiatry and will present several examples of projects where AI has been used to tailor treatments for mental health problems.

The winners of the poster presentations will be announced.

We finish the live event with drinks, cheers! And don't forget to touch the holy grass before you head home.

Participation is free of costs.