Congratulations to the Alzheimer Center Amsterdam on their 20th anniversary!

As one of the first expertise centers in their field, the Alzheimer Center Amsterdam celebrates its 20th anniversary. We would like to join in celebrating this milestone.

The Alzheimer Center Amsterdam shows a fine example of team science for the last 20 years. The center aimed at an unmet need in society and fulfills a prominent key opinion leading role in Amsterdam UMC, in The Netherlands and beyond. Its’ founder Philip Scheltens, the head of research Wiesje van der Flier, who joined the center only three years after the start and the recently appointed medical director Yolande Pijnenburg are prominent members of the Amsterdam Neuroscience community. We congratulate them and all their colleagues, over the past 20 years whole heartedly with this great achievement. Together they have assembled a great team and did set up an ‘ecosystem’ which is now known as one of the best expertise centers in the field, keep up the good work! 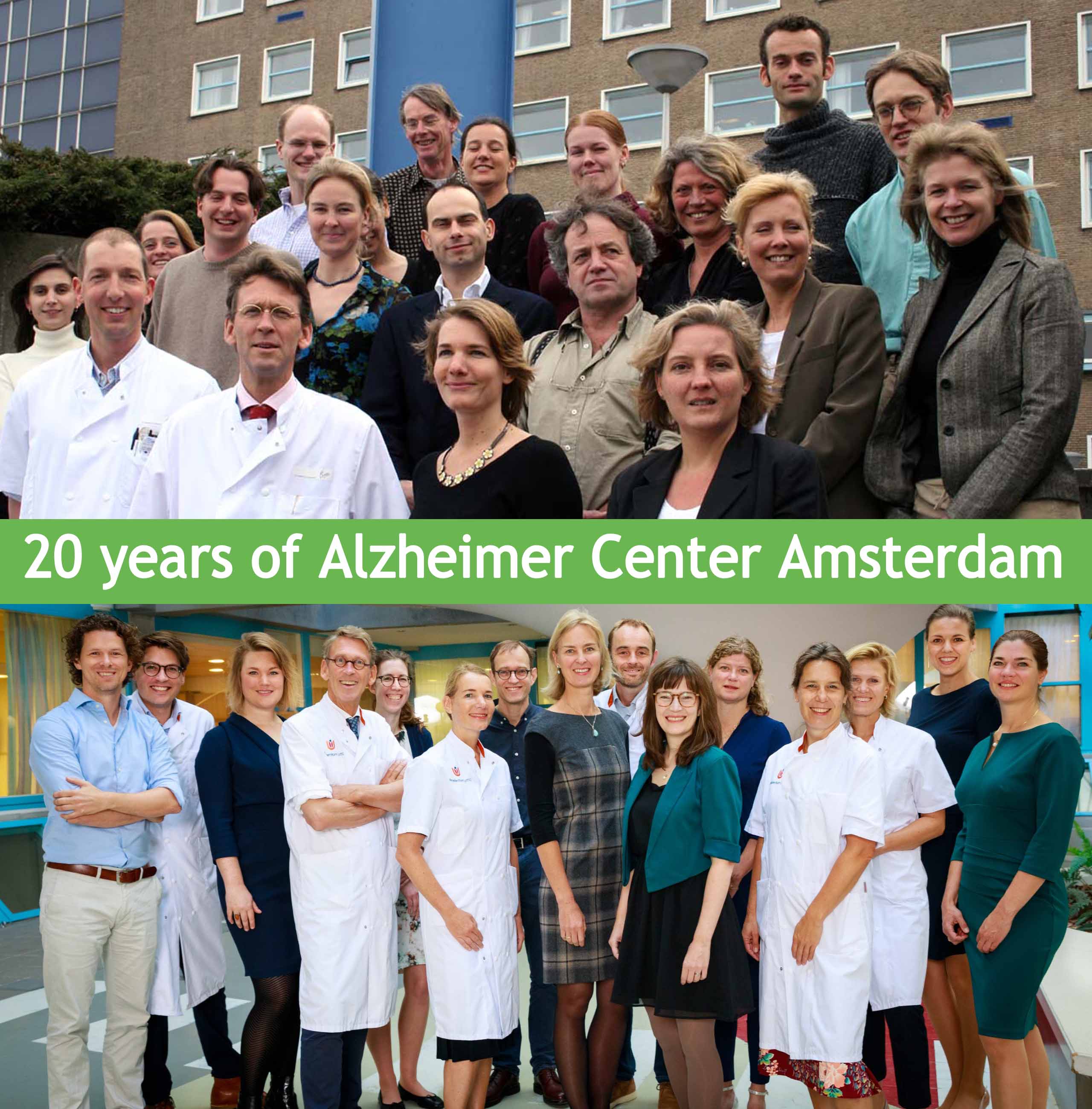