Our microbiome, the billions of microorganisms that live in and on our bodies. They control many important bodily functions, including those in our brain, and today, research by Amsterdam UMC, the University of Amsterdam and Erasmus MC delivers the most extensive evidence to date of a relationship between the composition of the microbiome and instances of depression. This composition also plays a role in the differing rates of depression across different ethnic groups. These studies, based partly on data from the HELIUS study, appear today as a double publication in Nature Communications.

Role of the microbiome

These results come from the most extensive study into the relationship between the microbiome and depression, involving 3,211 participants from the HELIUS study (see fact box), led by professor Max Nieuwdorp. This research shows a clear relationship between the composition of the microbiome and depression. A microbiome containing less diverse bacteria, or in which certain bacterial species are underrepresented, was associated with having depression or more depressive symptoms. This association was as strong as established risk factors for depression such as smoking, alcohol consumption, a lack of exercise and being overweight. Influencing the microbiome may therefore be hugely relevant for the treatment of depression. “Now that we know which disturbances in the microbiome are significant for depression, this opens up new possibilities for treatment and prevention. Which is urgently needed,” says Anja Lok, psychiatrist and researcher at the Department of Psychiatry at Amsterdam UMC.

It is important to determine whether the relationships found between the microbiome and depression can be confirmed by other studies. In the second article in Nature Communications, by researchers from Erasmus MC, the data from the HELIUS study and ERGO study (see fact box) were compared. This comparison confirmed a consistent association between twelve groups of bacteria and the occurrence of depression. And offered an explanation: the twelve bacterial groups produce substances such as glutamate, butyrate, serotonin and gamma amino butyric acid. These so-called 'neurotransmitters' play an important role in depression. “These results therefore clearly provide direction for future research into possible treatments, such as the use of probiotics, prebiotics and synbiotics or faecal microbiota transplantation as well as changes to lifestyle and diet," says Anja Lok.

About the HELIUS study

Amsterdam UMC and the GGD Amsterdam started the HELIUS (Healthy Life in an Urban Setting) study in 2010 and is a prospective cohort of 23,000 people. The aim of the study is to gain insight into health differences among Amsterdammers with a multi-ethnic background in an urban environment. HELIUS looks at the common chronic conditions: heart disease, infectious diseases and mental disorders. The knowledge generated by the HELIUS research helps to better tackle health problems and improve medical care.

About the ERGO study

ERGO (Erasmus Rotterdam Health Research) is a long-term population study by Erasmus MC among nearly 20,000 people aged 40 and older in the Ommoord district of Rotterdam. The study investigates health problems that are common in old age.

Read both the Helius research on the link between depression and the microbiome as well as the confirmatory ERGO research in Nature Communications. 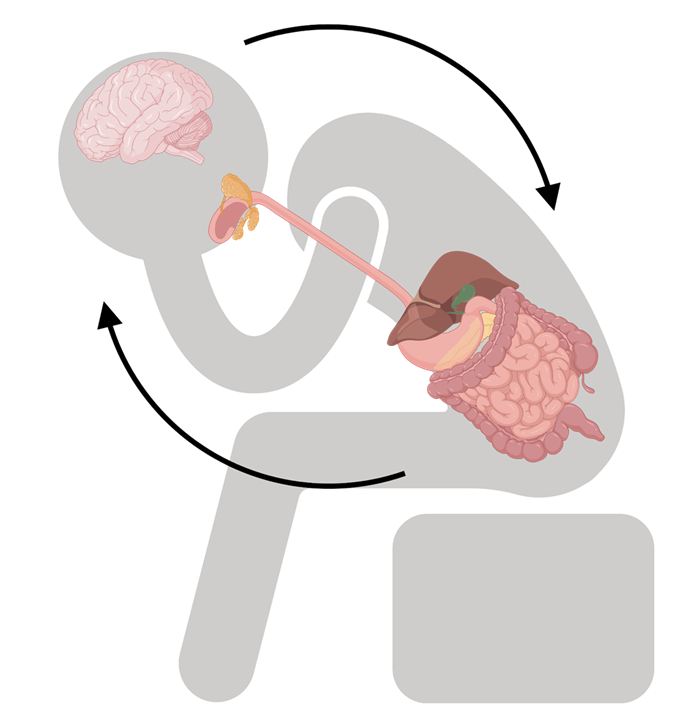 Link between the composition of the microbiome and depression (Illustration: V. Korenblik)