Scientists have discovered three different types of Alzheimer’s disease. These variants may need different treatments, and could also mean that some drug trial failures might have been a result of combining these different types. These are conclusions from a study led by Betty Tijms from the Alzheimer Center Amsterdam UMC and Pieter Jelle Visser from Amsterdam UMC and Maastricht University, published online today in Brain.

Betty Tijms and colleagues measured 1,500 proteins in cerebrospinal fluid samples from 400 patients with Alzheimer’s disease. They found novel evidence that three distinct biological variants exist. One variant showed increased amyloid metabolism and increased nerve cell outgrowth. The second variant showed damage of the blood-brain barrier, and decreased amyloid metabolism and nerve cell outgrowth. The third variant showed disruptions in the immune system. These variants could be detected in very early stages of the disease, when memory functions were still intact.

This research was funded by the Memorabel programma van ZonMw and the Innovative Medicine Initiative program that is part of the European Committee. 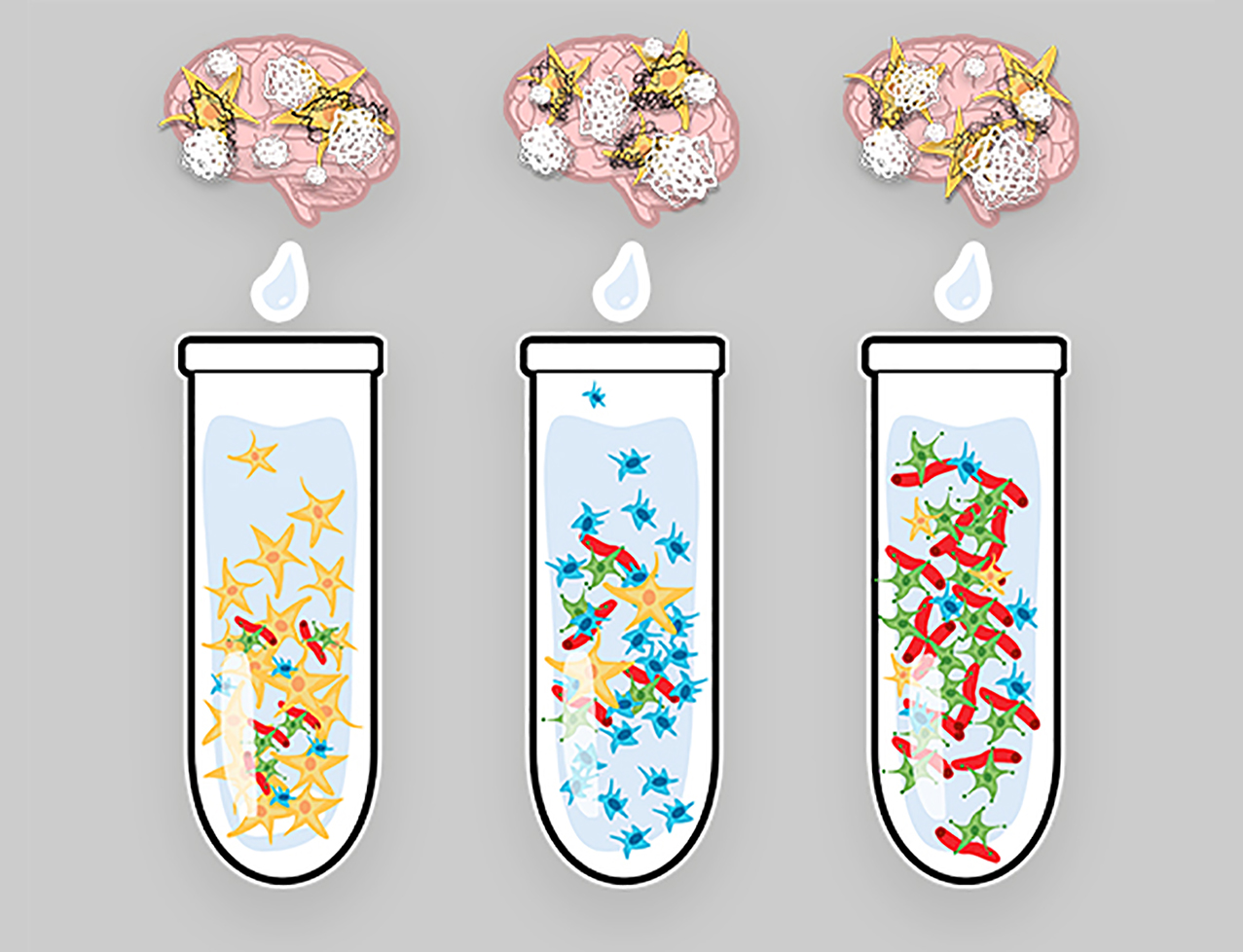