About 25% of all pregnancies are complicated by gestational disease, of which severe hypertension (i.e. early preeclampsia and HELLP syndrome) and iatrogenic preterm labour are the leading cause of pregnancy-related maternal morbidity and mortality and poor neonatal outcome. Although there is consensus that the causal organ for these gestational diseases is the placenta the underlying multifactorial molecular causes and early and reliable clinical biomarkers that explain and predict development of obstetrical disease during the course of pregnancy are not available.

The department of Obstetrics and Gynaecology of the AMC has (with METC approval) set up an infrastructure called the Preeclampsia And Non-preeclampsia DAtabase (PANDA), in which we collect placental biopsies and maternal and fetal genomic DNA and blood of over 400 pregnancies. Using these samples we collaborated in a study validating a novel marker for preeclampsia, we identified a placental signature specific for HELLP syndrome, we discovered four novel highly placenta specific genes relevant for the development of early and severe preeclampsia and investigated the relation of placental specific spliced variants of the FLT1 gene to gestational hypertensive disease and fetal growth.

From 2010 on, the PANDA biobanking effort has extended by the collection of myometrium and placental bed biopsies, essential to our further studies on the molecular basis of premature labour and early placentation.

In 2020 we inlcuded the first patient for our Pearl of Birth Biobank. This is a national endevour of UMC departments of obstetrics and neonatology to collect body material combined with clinical data that will facilitate research into pregnancy and neonatal complications. www.degeboorteparel.nl 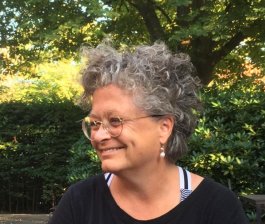