A new study by PhD student Sara Hijazi (MCN) shows that reducing the activity of interneurons in the hippocampus restores memory and delays Alzheimer’s disease progression in mice. The study is published in Molecular Psychiatry.

Excitation/inhibition imbalance and neuronal network dysfunction are early symptoms of Alzheimer’s disease, occurring even before cognition becomes impaired. A key question in the field is which neurons are primarily affected and responsible for early network impairments in Alzheimer’s disease. Exciting new data now reveal a crucial role for hippocampal parvalbumin interneurons. This new study by PhD student Sara Hijazi (MCN) shows that parvalbumin interneurons are transiently hyperexcitable at an early, prepathological disease stage in APP/PS1 mice, a commonly used mouse model of Alzheimer’s disease. This hyperexcitability was shown to be dependent on soluble beta-amyloid, the peptide that is considered to be the trigger of the disease. Specifically, adding beta-amyloid to healthy brain slices selectively induced hyperexcitability of parvalbumin interneurons, whereas decreasing beta-amyloid levels in vivo using a specific BACE1 inhibitor complete restored their excitability properties.

The authors then used chemogenetics to specifically reduce the excitability of hippocampal parvalbumin interneurons and test the effects thereof on network function and behavior in young APP/PS1 mice. Restoring the activity of parvalbumin interneurons not only prevented memory loss immediately after treatment, but it also had long-lasting beneficial effects on memory performance, restored inhibitory and excitatory transmission in the hippocampus and attenuated the deposition of amyloid plaques. “These long-lasting effects of manipulating interneuron activity really came as a surprise to us,” Sara Hijazi explains. “They show that targeting impaired neuronal networks, or specifically interneurons within these networks, offers exciting new possibilities for the treatment of Alzheimer’s disease in its early stages.”

This work was part of the EU-FP7 CognitionNet program and received additional funding from the Dutch Alzheimer Association (Alzheimer Nederland). The work was performed in collaboration with neurophysiologists from the INF department (CNCR) and neuroscientists from Novartis (Basel, Switzerland). A full-text pdf of the paper is available here . 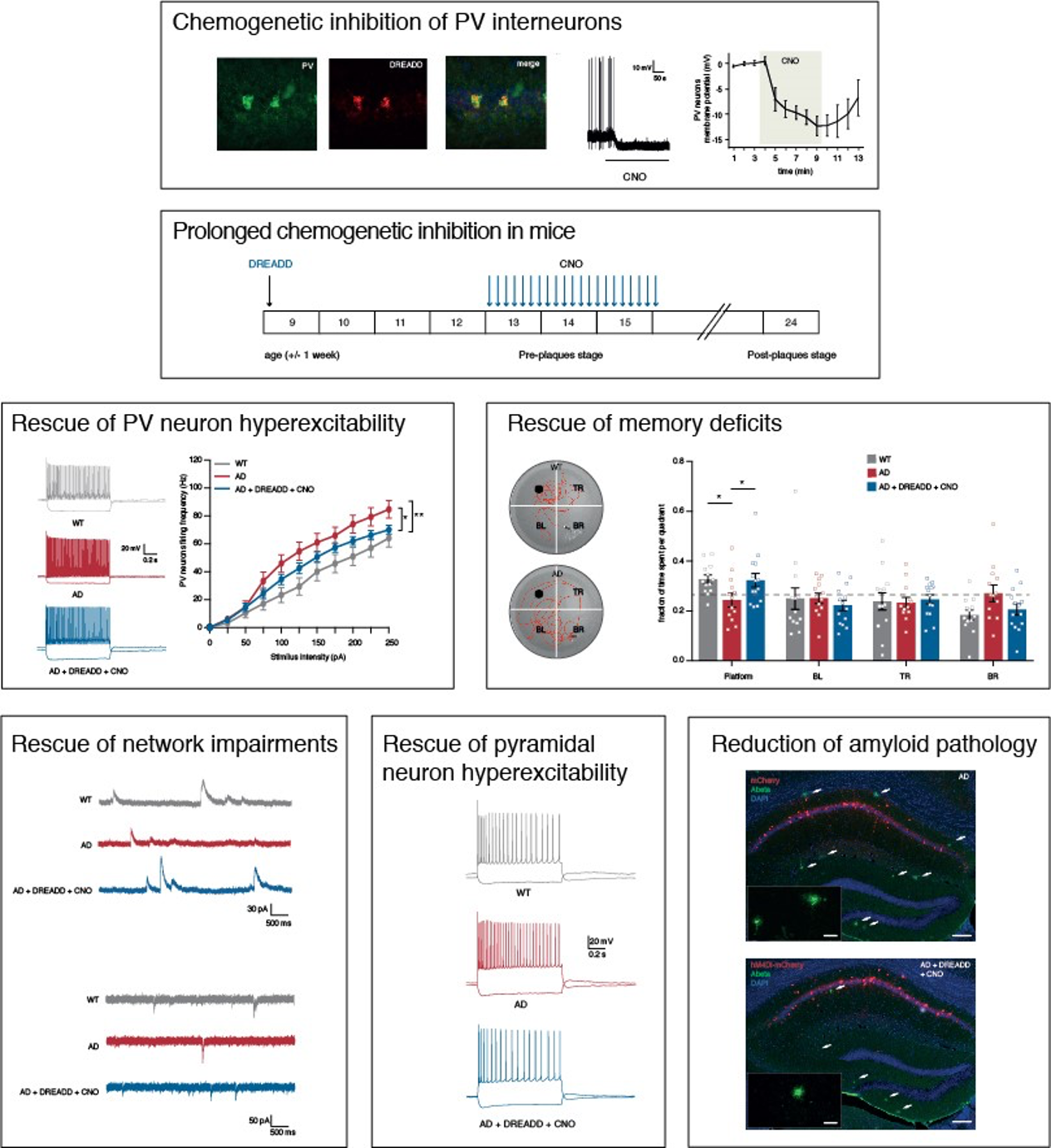