It is increasingly common for antibiotics to fail against pathogenic bacteria and fungi. Doctors and microbiologists are even speaking of a new "silent" pandemic, which is killing hundreds of thousands of people worldwide. Professor Constance Schultsz, physician microbiologist at Amsterdam UMC, researches antimicrobial resistance and emerging infectious diseases: "There are ICUs outside the Netherlands where bacteria are even untreatable."

Every year, an estimated 700,000 people worldwide, mostly children and the elderly, die from sepsis (blood poisoning), pneumonia and tuberculosis caused by bacteria that common antibiotics cannot control. Most live in low- and middle-income countries. The United Nations predicts a steep rise in deaths from infectious diseases against which antibiotics no longer work over the next three decades: to more than 10 million per year.

The Netherlands is doing quite well

"Most people do not see this and do not notice it," explains Prof. Schultsz, who is affiliated with Amsterdam UMC and the Amsterdam Institute for Global Health & Development (AIGHD). For some bacteria, the situation is improving in certain European countries. Like with the infamous "hospital bacteria" MRSA, which is resistant to common antibiotics and pops up especially in places where many antibiotics are administered. Prof. Schultsz: "Hospitals have taken measures to keep MRSA out. But unfortunately with other bacteria you see increasing resistance in Europe."

The Netherlands is still doing quite well, Prof. Schultsz says, "Because we do infection prevention, we follow the rules for antibiotic use, such as not prescribing anything for a nasal cold, and we can only get antibiotics on prescription. But here doctors are also seeing, for example in people with urinary tract infections, that resistance is starting to become a problem. Intensive care units also have problems with bacteria that various antibiotics cannot control. There are ICUs outside the Netherlands where bacteria are even untreatable." 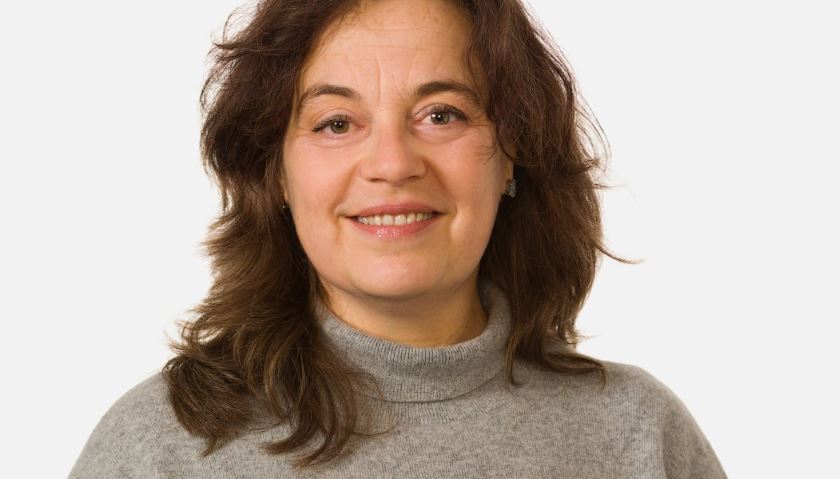 Why the situation abroad is also relevant to us? You can bring home drug-resistant bacteria from your vacation address.
Constance Schultsz
Professor Global Health

Poor understanding of extent of problem

"What it is like in the rest of the world, especially in low- and middle-income countries, we do not know exactly," Prof. Schultsz continues, "We have a poor understanding of the extent of the problem." Her research seeks to change that. Prof. Schultsz: "Why is the situation in those countries also relevant to us? You can bring such a resistant bacterium home with you from your vacation address, to name just one example." A 2017 survey of healthy Dutch travelers shows just how easy that is: nearly 90 percent of those who visited India returned with bacteria that produce an enzyme (ESBL) that breaks down antibiotics.

More accurate data on resistance in poorer regions also contributes to the different use of antibiotics in these countries. If you know which drugs no longer help against a particular infection, you can prescribe more specifically. That's why the OASIS project started several years ago. This is an initiative of the AIGHD and research institutions from France, Germany and the African countries of Togo and Burkina Faso. They developed a so-called 'surveillance strategy' with which you can determine more quickly and efficiently how often resistance occurs somewhere. Good results have been achieved with this in Indonesia. Currently, the method is being tested in Togo and Burkina Faso. Prof. Schultsz: "We want to work with the German 'RIVM for animals' to see if we can measure resistance in animals more efficiently with this method. Meanwhile, the WHO is also interested."

To reduce antibiotics resistance worldwide, the AIGHD has formed a public-private partnership: AMR Global, with Schultsz chairing the steering committee. AMR Global has an ambitious vision: everyone who needs it should have access to effective and affordable antibiotics.

To properly control pathogenic bacteria, knowledge about their behavior is needed. How do they spread? What genes in a bacterium cause it to become resistant to a particular drug? Can this resistance easily pass from animals to humans and vice versa from humans to animals? Schultsz investigated this with E. coli, a bacterium naturally found in our intestines. This microorganism has a nasty characteristic, Prof. Schultsz says: "It is able to pass on its resistance to antibiotics to fellow species that were not yet resistant." Important information, although you cannot yet do much with it in practice. "In theory, you could develop drugs that turn off the genes involved. But we are not that far yet."

Knowledge and awareness of resistance

Huge efforts have been made in the Netherlands for decades to fight antimicrobial resistance (AMR). And quite successfully, compared to other countries. Amsterdam UMC is also continuously committed to this effort. For example, Amsterdam UMC has

This article previously appeared in Janus, the popular science journal of Amsterdam UMC. In addition, the Dutch version of this article can be found here.

Learn more about our Amsterdam institute for Infection and Immunity (AII) antibiotics research: